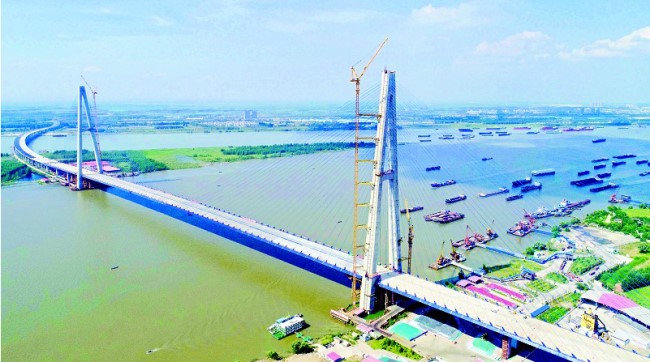 The main project of Qingshan Yangtze River Bridge was completed on Sept.9.

The bridge is expected to open to traffic by the end of 2019.（hubei.gov.cn by Zhang Yawei）